Integrate your data and systems with BizTalk and Azure integration services.

THE IDEAL SOLUTION FOR YOUR ORGANISATION, DELIVERED BY EXPERTS

From the First Industrial Revolution to the Third, in the history of our building

By Christian Waters, Director, Delivery at TrueNorth IT.

If you have ever visited our office, you have probably had to suffer a minor lecture about the heritage of the Tower Works site and surrounding area. The Holbeck area of Leeds was at the forefront of industrialisation at the end of the 18th century and is one of the few areas where the original buildings of this time can still be admired.

Towering over the entrance are some impressive chimneys. They were inspired by Renaissance towers in Florence and Verona and were built by Colonel Thomas Harding, a man of culture as well as industry: 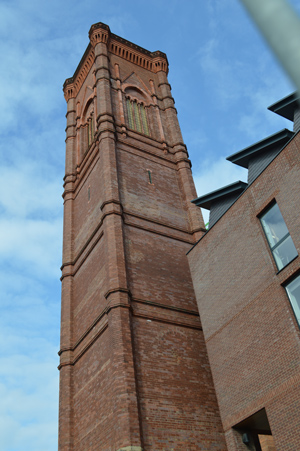 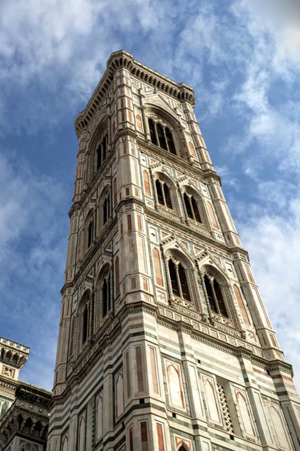 A couple of streets over is Temple Works, built in the ‘Egyptian Revival’ style and once featuring live sheep on the roof (there was method to this madness: flax spinning required moist conditions, so grass was planted on the roof and installing sheep avoided the need to mow it). 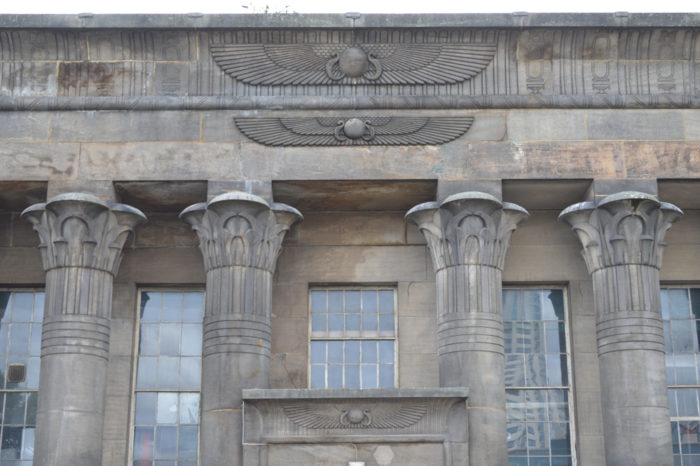 Our meeting rooms are in the Round Foundry Media Centre, sited amongst the cobbled streets and red brick buildings of the complex where Matthew Murray and partners built the original Round Foundry. Here they designed and built the first commercially viable steam locomotive, the Salamanca. (Schoolchildren’s favourite Robert Stephenson and his Rocket were some 17 years late to the party.) 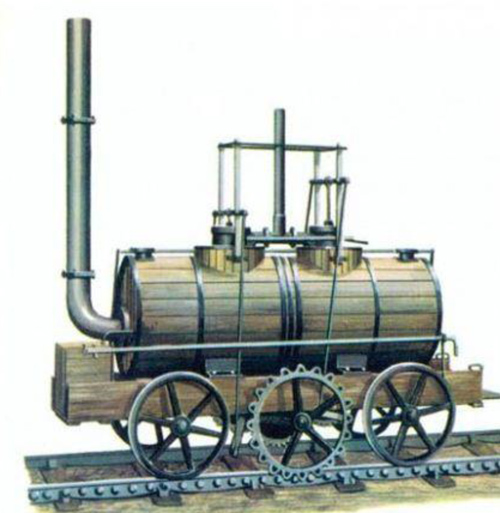 Figure 4 – “A steam-engine was mounted upon wheels at Leeds, and made to move along a rail road by means of a rack wheel, dragging after it a number of waggons loaded with coals”

Salamanca was put to work hauling coal from the nearby Middleton colliery to the city centre. Middleton railway still operates for pleasure rides and is the world’s oldest continuously operating railway.

Finally, there is the Marshall’s Mill building, completed in 1792 and soon spinning flax, assisted by a Boulton and Watt steam engine: 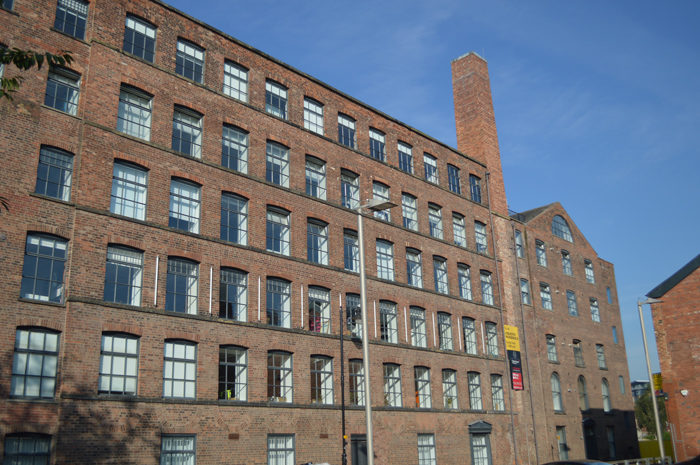 The Tower Works site itself was a pin factory, an activity which has a fascinating connection to the Industrial Revolution, being described in the opening paragraphs of Adam Smith’s ‘Wealth of Nations’:

‘One man draws out the wire, another straights it, a third cuts it, a fourth points it, a fifth grinds it at the top for receiving the head; to make the head requires two or three distinct operations; to put it on, is a peculiar business, to whiten the pins is another; it is even a trade by itself to put them into the paper; and the important business of making a pin is, in this manner, divided into about eighteen distinct operations, which, in some manufactories, are all performed by distinct hands’.

In fact, you may have this example in your pocket right now, as it is described on the soon-to-be-retired £20 note. 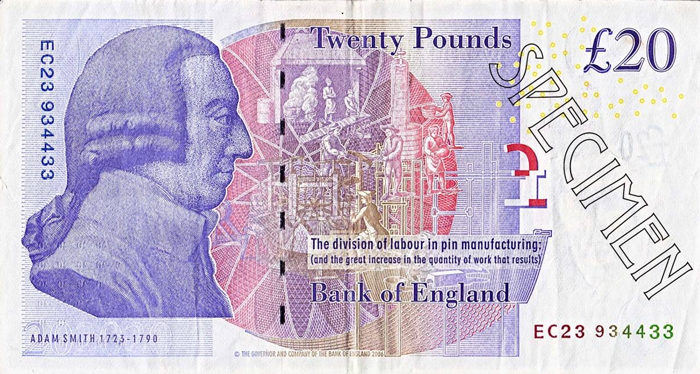 Adam Smith is considered the father of modern economics. He was an influential figure in the Industrial Revolution, which used division of labour and machines bought with the huge capital reserves of industrialists such as Colonel Harding to produce goods in vast quantities.

As beautiful and historic as the buildings are in Holbeck, the wheels of industry long ago fell silent here. What you will find, though, are some of the minor players in the Third Industrial Revolution, also known as the Digital Revolution. Whilst the leaders of this revolution may live in California, and the workshops are the vast cloud computing centres located around the world, the small digital and creative enterprises with whom we share Tower Works are made possible by the internet, powerful collaboration and communication tools, and complex software packages written once but used by millions at almost zero marginal cost. For our younger employees, it is hard to imagine what the world was like before the internet, but our directors remember it well!

Whilst we don’t always recognise history as it is being lived, this revolution is accelerating as AI and IoT become pervasive. Will this result in greater free time, higher job satisfaction, an abundance of goods, even a Universal Basic Income? Or will it result in further concentrations of wealth, and unrest amongst the workers displaced by AI and automation?

While we wait to find out, TrueNorth’s digital artisans continue with their labours. Click here to find out more.